Is it possible for a TV show to end off in a similar way like it did in Season 1? Yes, it is. 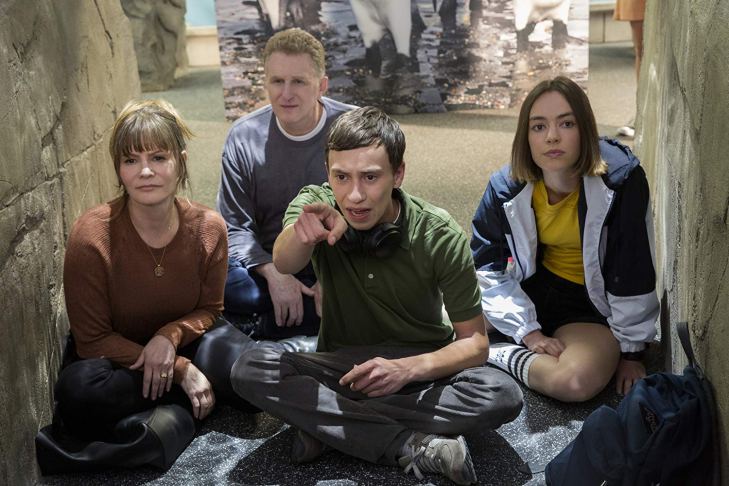 When this TV show from Netflix came out last year, I was surprised by how underrated it is. As far as I know, it definitely isn’t as popular as other Netflix TV series; but Atypical has a charming story that sheds light on what it’s like to be a teenager who is born with autism. Season 2 (2018) also includes actors with autism who appear in Sam’s therapy group. That’s great on Netflix’s part for hearing out the inclusivity issues that fans had with the first season.

Season 2 still has all the quirks and fun facts about Antarctica and animals from Season 1 (2017), though the story of this series has gone beyond its focus of Sam (Keir Gilchrist). Elsa (Jennifer Jason Leigh) making up for the affair she had with another man is one of the main plot lines this season; along with Casey’s (Brigette Lundy-Paine) new school life at Clayton Prep.

I had a couple of issues while binging the second season, and a lot of those issues I have comes from the writing of this show. How can they end this season with Doug (Michael Rapaport) entering the house of a woman who is clearly interested in him? That’s very similar to the adultery plot line for Elsa last season. 🤔❓

While watching the first half of this season, I was frustrated at how Doug is portrayed to be so petty and passive-aggressive towards Elsa. Sure, your wife cheated on you with a younger man; but dude, every relationship requires communication—and he clearly wasn’t open to doing that. Their broken relationship wasn’t mended by the end of this season, and it was just annoying to sit through this show watching two adults behave like immature kids.

“Casey sits on him like an egg.” – Lundy-Paine talks to Vulture about this scene in Atypical Season 2. CREDIT: Netflix

Season 2 expanded more on Casey’s character, as she starts school at Clayton Prep. She struggles with making new friends at first, but she soon finds herself bonding with Izzie (Fivel Stewart). There’s some drama that takes place mid-season, and sort of a shocking twist towards the end of the season—specifically in Casey’s birthday party episode “Ritual-licious” (S02E09). That shocking twist is related to Casey’s sexuality; it was kind of expected to me because it was overtly mentioned—I believe—twice by Casey about how much she loves Izzie as a friend; and the way those lines were delivered by Lundy-Paine felt like there was something more happening.

Taking a line from Sam this season, “I don’t know. I don’t know how I feel.”

Specifically, I don’t know how I feel about Season 2 because I like the premise of the show, but I don’t know where it’s going. I can foresee what Season 3 would be about if this show does get renewed, and I’m quite looking forward to seeing Sam enter college independently.

Apart from the issues I have with Doug and Elsa, I think Atypical is a pretty solid TV show. It’s definitely an easily likeable series, and extremely bingeable.