The Order isn’t a particularly impressive television series, but it serves well as a guilty pleasure show. 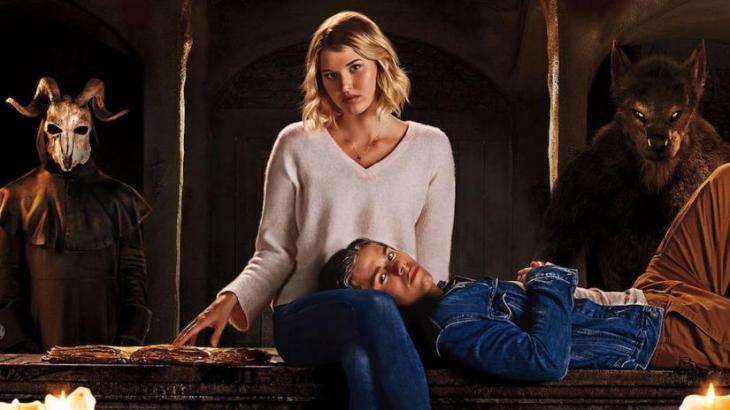 The latest supernatural TV series The Order (2019, created by Dennis Heaton and Shelley Eriksen) feels like an attempt by Netflix to be more like The CW, if you get what I mean. With only 10 episodes in its first season, The Order follows the story of Jack Morton (Jake Manley) who attends Belgrave University and pledges to be part of a secret magic society called the Hermetic Order of the Blue Rose “The Order”. Unbeknownst to members of The Order, Jack has a secret agenda that he is trying to fulfil.

To be honest, when I saw the trailer for The Order three weeks ago, the series felt instantly familiar because I felt like I’ve seen a series like that before. And having binge-watched all 10 episodes, I can confirm that The Order takes on the likeness of a wide variety of past and present supernatural TV series such as Teen Wolf, The Vampire Diaries, Shadowhunters, The Secret Circle, Chilling Adventures of Sabrina, and more.

It definitely most resembled Teen Wolf for me because of the whole werewolves and teens aspect of the series. There is a spell casting/magic aspect in The Order, but the members of the secret society don’t call themselves witches, in fact that word is never once used. I think the members of The Order believe that they are serving a greater purpose or something similar.

This series isn’t that impressive at all, and with so many other selection of supernatural TV shows, I’m really not sure why Netflix decided to green-lit this project. The writing is bland and horrible. The supporting characters barely have any development for their own backstories, as much of the series is centred around Jack and his plan to avenge his mother’s death. The series also tends to use a lot of telling, instead of showing. For example, Jack mentions about his mother in the show quite a lot, but she is never shown, not even in flashbacks or photographs, which I think is such a shame because that would have made a couple of episodes more interesting.

I thought the actors did a fine job at acting and portraying their characters, but what weakens their performance is the awful dialogue that they have to say. It’s mostly bland and unoriginal—just imagine all your worst teenage dramas dialogue combined into this show. There are also certain subplots in The Order which literally made me say out the words: “What the f*ck. This is f*cking dumb.”. I don’t want to spoil what those subplots are, but if you watch the show for yourself, you can easily guess it.

There is quite a bit of cussing in this series and I’m really not sure why. Is it because they are college students so the writers decided that it’s mandatory to throw in a little bit of “what the f*ck”, “f*ck”, and “f*cking” into the mix in order to make the characters feel more grown-up? I felt that if the target audience for the show are 13-year-olds, wouldn’t immense cussing be super inappropriate, unless the show is trying to target older teens? 🤔

One thing which I did enjoy is the camaraderie between the characters as the series goes on. There are friendships and relationships; for me, the former worked better than the latter. The obvious romance between Alyssa Drake (Sarah Grey) (one of the senior pledges of The Order; she is known as the Medicum) and Jack is very hot and cold—it’s like they want to be together, but they are destined not to. There is also another budding romance that happens in “Finals, Part Two” (S01E10) between two supporting characters, which I found totally pointless and utterly unnecessary—it’s like the writers decided that, “oh we haven’t had enough romance in this series so far, so let’s throw in a new couple here right before the finale”.

I think The Order works well as a standalone season, but I really hated the ending; I think if the episode ended 5 minutes earlier, it would have worked out fine. The chances of this series getting renewed, in my honest opinion, is none. The lack of promotion being carried out for the series can be evidence for why I think it won’t get a Season 2—the show doesn’t even have their own social media handles 🤦🏻‍♀️.

Update (March 29): I was wrong. Season 2 is coming. And I personally think Netflix is renewing this BS of a show because it’s cheap to make and I guess it’s bingeable.