Someone Great felt like a blend of the sitcom Broad City and the rom-com How To Be Single. 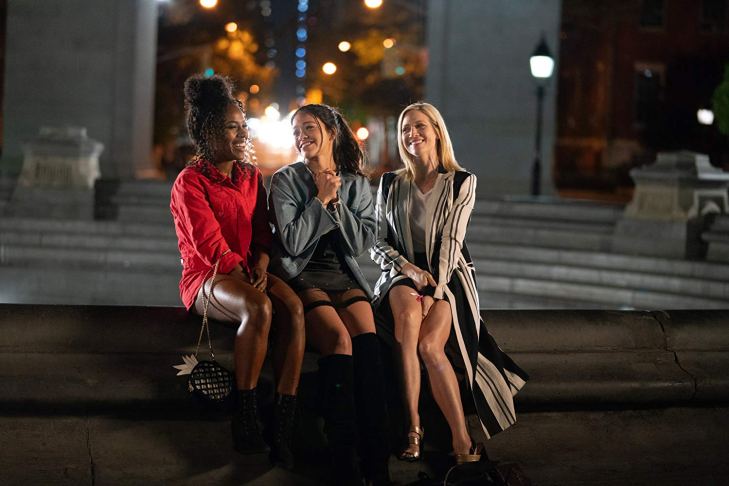 From left to right: DeWanda Wise, Gina Rodriguez, and Brittany Snow respectively star as Erin, Jenny and Blair in Someone Great. CREDIT: Netflix

Someone Great (2019, written and directed by Jennifer Kaytin Robinson) is literally a feminist movie about a breakup—and getting over said breakup. Set in New York City, the movie follows Jenny (Gina Rodriguez) and her two besties Erin (DeWanda Wise) and Blair (Brittany Snow), who try to get through an emotional day after Jenny and her boyfriend—Nate (Lakeith Stanfield)—of nine years decided to break up because Jenny is moving to San Francisco for a new job.

Although Someone Great is cinematically pleasing to the eyes; has a decent choice of soundtrack; and is beautifully edited—I felt that the movie served no greater purpose as it features a story that has already been told before. Take away the emotional whining and feminist dialogue, the movie is literally about a girl trying to get over a breakup; but beyond the breakup, the movie is also about a strong female friendship between the three women.

It’s also hard to deny that Someone Great has the same plot as 2016’s How To Be Single, where Dakota Johnson’s character Alice decides that she wants a break from her boyfriend after college, and soon moves to New York City to start a new job. Additionally, the quirky friendship moments between Jenny, Erin and Blair as they stroll down the streets of New York City felt similar to the offbeat friendship that Broad City’s Ilana and Abbi has.

At times, the movie felt long and hard to get through as it’s an hour and a half of watching Jenny reminisce about the good and bad times she had with Nate. And though in the flashbacks the actors are made to look “younger”, it’s still undeniable that the actors are actually in their thirties trying to pass off looking like college kids.

I think Someone Great comes across as being very slice of life. It’s portrayal of a breakup, in my opinion, is realistic and heartfelt. Rodriguez’s performance as a woman figuring out what to do with her life after her long-term relationship is over—is very convincing. Though the movie tries to shift focus onto Erin and Blair at some point, it’s clear that the movie is—for the most part—about Jenny.