This biographical adaptation of real-life murderer Ted Bundy tells too much and shows too little. 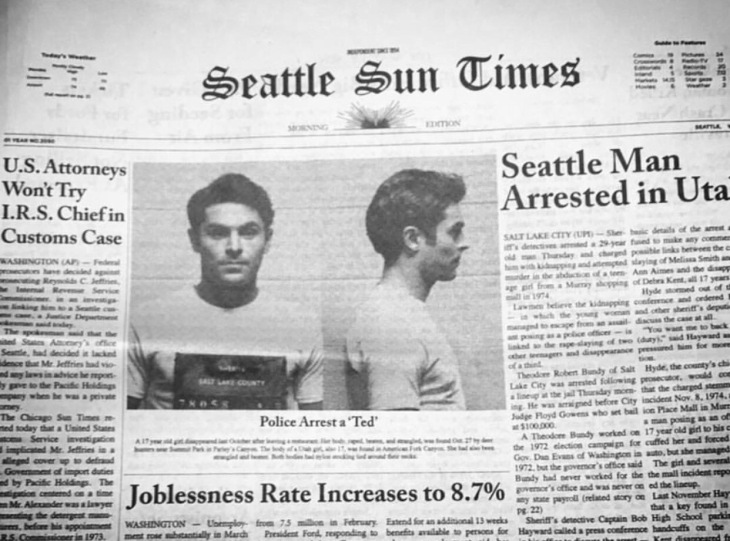 This post for Extremely Wicked, Shockingly Evil and Vile is spoiler-free.

It’s clever that Netflix opted to distribute Extremely Wicked, Shockingly Evil and Vile (2019, directed by Joe Berlinger) on their streaming service because it certainly pairs well with their docuseries Conversations with a Killer: The Ted Bundy Tapes. But sidenote here: Berlinger was also the creator of the Netflix Ted Bundy docuseries, so I guess he already had a way in to have his movie be distributed by the streaming giant.

Based on the life of Ted Bundy (Zac Efron), this movie explores the relationships and trial of the infamous murderer. In an IMDb interview, the cast also specifically talked about how this movie is told through the eyes of the survivor, Liz Kendall (Lily Collins), Ted Bundy’s girlfriend.

As someone who was intrigued by Ted Bundy’s crimes after watching the Netflix docuseries, I think this movie is incredibly lacking in terms of content and storytelling, as it assumes that the viewer is aware of who Ted is and what crimes he committed prior to watching the movie. I was highly anticipated to watch violent murders being depicted in Extremely Wicked, but however, I was left disappointed by how the movie left out all the action and only included the talking.

Through the 110 minutes runtime, apart from some scandalous butt naked scenes of Efron, this movie was nothing but a tell of Ted Bundy’s life. It focused heavily on the relationship Ted had with Liz—displaying the emotional downfall of their romance. Lots of “I didn’t do it!” and “I love you.” were exchanged, and also lots of sobbing.

Berlinger’s take on telling a Ted Bundy story may be different and fresh, but it’s definitely not something I would recommend if you’re looking for more action and less acting.