Veronica Mars made a literal exploding return to the small screen.

After three seasons and one movie, the Veronica Mars (2004—, created by Rob Thomas) franchise continues with the father-daughter private investigator duo, Keith Mars (Enrico Colantoni) and Veronica Mars (Kristen Bell). In this eight-episode Season 4 (2019), Keith and Veronica are tasked to investigate the recent bombings that have been happening all over Neptune, and destroying the Spring Break spirit of the town.

The much-awaited Season 4 also gives audiences a clearer idea about how adulthood has been treating Veronica and gives an update on her relationship status with her on-off boyfriend Logan Echolls (Jason Dohring).

New characters such as Penn Epner (Patton Oswalt), Nicole Malloy (Kirby Howell-Baptiste) and Matty Ross (Izabela Vidovic) were also introduced this season to complement the whole bombing storyline. I really enjoyed Oswalt’s performance in this season as the main “villain”, as he was convincingly good with the whole “I didn’t know do it!” schtick because of how persistent the character was in denying the crime. As for Nicole and Matty, I felt that their characters didn’t stand out as much as compared to Penn; they served their purpose for the series’ plot, but very quickly disappeared from the show.

Tons of old characters have returned in Season 4, even if it was just to make a really small cameo. Eli “Weevil” Navarro (Francis Capra) and Wallace Fennel (Percy Daggs III) were some of the old characters who got their character backstories explored further in this season. Weevil has gone back to his old ways of being in charge of the PCHers gang after he was accused of attacking Celeste Kane (Lisa Thornhill) in the 2014 fan-funded Veronica Mars movie; his wife has also left him, taking their daughter along with her. Wallace is now married with a wife and kid, and he has taken on a new coaching job at the newly opened Kane High School (yes, opened by that “Kane”). 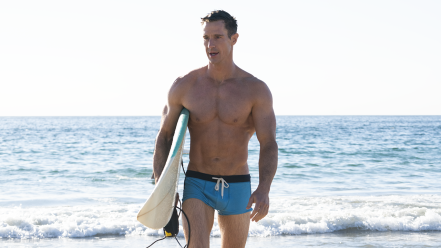 As for Veronica’s long-time lover, Logan, he dies a tragic death that isn’t shown on-screen. Tons of fans are upset by the killing of Logan in the finale (just head to r/VeronicaMars and the official Veronica Mars Twitter to witness the countless comments targeted towards how Thomas did the fans dirty, and how Logan deserved better), with Bell describing it as a Game of Thrones moment (I believe that Bell cited GoT as an example because she’s a huge fan of the series) because as witnessed in Season 4, audiences’ favourite characters will get killed off without notice.

Thomas also further explains the decision behind killing Logan in his interview with The Hollywood Reporter, he said:

Thomas basically infers that it was necessary to kill off Logan because he felt that for the potential future seasons, it was important to focus on Veronica’s private investigator journey and having Logan still be around would have been a distraction for the title character—now how ridiculous does that sound? From a writer/creator standpoint, I can understand why Thomas would want to be rid of the old characters that are tying Veronica down, but I felt that his comments lacked understanding of what it means to build a strong female character, because it shouldn’t be necessary for Veronica to be left unhappy and alone, in order for her to move on with her career. Why can’t Veronica still be a successful private investigator and yet be in a happy relationship? And sure there might be issues with this happy ending for the character in the future, but it certainly would satisfy the fans who have been supporting this series since day one. But then again, televisions shows and the creators behind it do not develop and write the episodes with fan service in mind—if they did do so, their creative vision would be compromised, and if they didn’t, then all shows would end with the backlash that GoT’s final season faced. Ultimately, I think what pisses me off the most is that Thomas undermined the potential of Veronica as a female character, and the decision to make her be isolated and alone yet again, feels like a complete cussing betrayal to fans.

Additionally, the ending of the Veronica Mars Season 4 felt reminiscent to Jessica Jones Season 2 *SPOILER* when Jessica’s mother was killed in the finale. Aside to that, I find similarities in the characteristics between Jessica and Veronica, as 1. they’re both private investigators, 2. they’re both a loner, 3. they’re always there for others. So it puzzles me why Thomas is making Veronica follow into the footsteps of the iconic Marvel television character, as this whole “lone wolf” narrative is clearly lacking in originality seeing that it has already been done on another streaming service.

Despite how I feel about the ending of Season 4, I think this revival season is thoroughly enjoyable. The classic Keith and Veronica jokes are on point, with Keith even saying the phrase “Bye Felicia!” in “Spring Break Forever” (S04E01). Throughout this season, the father-daughter duo is also engaged in an ongoing battle to not drop the F-bomb, and all the profanities they want to say are replaced with “cusses” instead. There are also many sweet Logan and Veronica moments, albeit they do not last very long. But no matter what, I don’t think the current or potential future seasons of Veronica Mars can compete with the very first season of the series.

From the “shocking” (it’s in quotes because social media spoiled the twist for me) twist of events in the final episode, it seems like Veronica Mars will be headed into a very different direction in the future should it get a renewal from Hulu—but as to whether long-time fans will be there to support the franchise once more, that seems questionable at the moment.